BIG ENCHILADA 11: AN AMERICAN IS A VERY LUCKY MAN 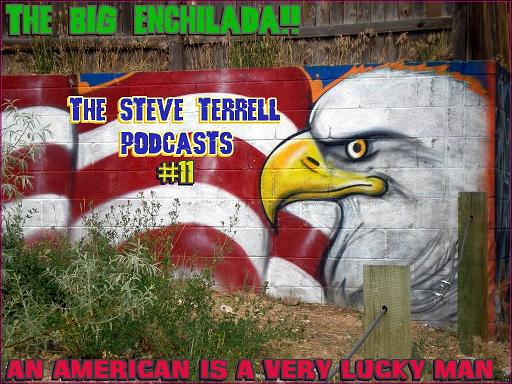 Hey Baby, it's the Fourth of July! (Well, almost.)

This month The Big Enchilada is going to look at life in the USA, the wonders, the weirdness, the inspiration, the insanity. It's one firecracker of a show, featuring music by Chuck Berry, The Blasters, The Fleshtones, The Dictators, The Dick Nixons, Wayne Kramer, Drywall Jon Langford, Shane McGowan, Dave Van Ronk, Fred Waring & His Pennsylvanians and much more.

An American is a Very Lucky Man by Fred Waring & The Pennsylvanians
(Background Music: El Capitan by John Philip Sousa)
The Outcast by Dave Van Ronk
American Music by The Blasters
American Beat by The Fleshtones
The Patriot Song by The Dick Nixons
A. on Horseback by Charlie Pickett

(Background Music: Washington Post March by John Philip Sousa)
The Country is Young by Jon Langford
The Body of an American by Shane McGowan & The Popes
American History by Carey Swinney
America the Beautiful by The Dictators
Burn the Flag by The Starkweathers

(Background Music: The Star Spangled Banner by Wendy Chambers)
Back in the USA by Chuck Berry
Coda by Little Jack Horton