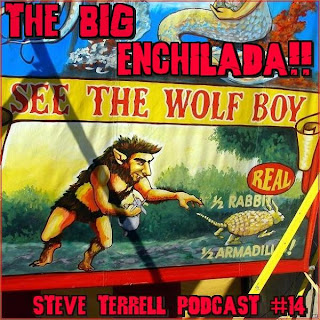 Posted by Steve Terrell at 1:42 PM

YUM BABY! Can't wait to get to this!

Now that Wolfman Jack & The Wolfpack tune is one howler of a tune!

I've left you an answer to your Erick the 'Devil Doll' comment!
Hope your well I mean SICK!

just check my blog to see the Devil Doll in action!