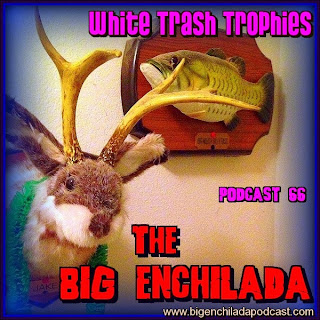 Howdy friends and neighbors and welcome to the latest hillbilly episode of The Big Enchilada. Every song this month truly is a trophy in its own peculiar way. And smack dab in the middle of the episode is a set, inspired by Norton Records' new compilation, Tragic Songs From the Grassy Knoll,  of country and blues songs commemorating the 50th anniversary of the assassination of President John F. Kennedy. Hang on! 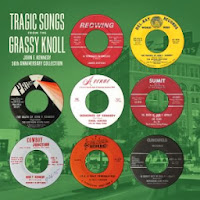 Memories of Kennedy by Hasil Adkins
Sad Day in Texas by Otis Spann
The Death of John F. Kennedy by The Southern Gospel Band
Lee Harvey by T. Tex Edwards
Friend by The Rockin' Guys

(Background Music: Texas Guitar Stomp by The Maddox Brothers & Rose)
I Don't Want to Wash Off Last Night by The Gaunga Dyns
Ain't That a Dilly? by Marlon Grisham
Two Hoops and a Holler by Jean Shepard
Your Wildlife's Gonna Get You Down by Carol S. Johnson
Julia Belle Swain by The Howlin' Brothers
I'll Trade You Money For Wine by Robbie Fulks
Corn Liquor Made a Fool Out of Me by The Bad Livers

Howdy friends and neighbors and welcome to the latest hillbilly episode of The Big Enchilada. Every song this month truly is a trophy in its own peculiar way Soccer Trophies

I get all my trophy and ribbon needs here. We have a Bocce tournament every year and they have given us great service. Bowling trophy Plus this year, I needed ribbons made for a separate event and they came out really nice.